Our July 25-29 reunion, held in Valley Forge, Pennsylvania at the Sheraton Park Ridge Hotel, was hosted by Jay Brown and Jim Hopkins, with Al Weatherill serving as Activities Director. There were 30 crew members in attendance along with wives, girlfriends, kids and grandkids.

Most attendees arrived Wednesday, hotel checkin day, and those who happened to be in the hospitality room at the right time were treated to a round of Sapporo beer, compliments of Jay!

A Philly cheesesteak welcoming party was held Thursday evening by the pool, and our Saturday evening banquet dinner party featured Herb Chicken Dijon, Grilled Alaskan Salmon and pasta. For banquet entertainment there was Vietnam era music DJ'ed by Al Weatherill's son, Jason, and his wife. The dance floor received a workout, and Korey, the Vicknair's 10 year old granddaughter sang us a song! Jay and Jim held a surprise drawing for prizes, with just about everybody winning something (the local Navy recruiter came through again). This year our silent auction brought in over $700.

Throughout the week there were the usual mall shopping runs and trips to the local historical spots in the area, including visits to the USS New Jersey museum, Valley Forge National Historic Park, Gettysburg, the Amish village at Lancaster, Independence Hall and other historical buildings in the "Center City" area of downtown Philadelphia, and a side trip to Washington, DC. Some crew members visited the local VFW post 7878 and took in a ball game in Philly. Traffic was a bear at times due to road construction, and it certainly didn't help matters any when George Bush came to town Thursday, followed by Fred Thompson on Friday!

President Bush redeemed himself by issuing us a letter of commendation! We also received letters from several PA dignitaries, but for some reason the two local senators were AWOL. Thanks for going through all the trouble, Jay.

The hospitality room was open daily with memorabilia and photos on display, and Tom Osmond opened the ship's store for sales. Greg Pierceall's collection of Washtenaw Deck Log Books and yearly Command History Reports were available for reading. One unique item on display was a bronze plaque commemorating USS Washtenaw as the 2000th dry docking at Naval Ship Repair Facility, Yokosuka, 19th of November 1964.

During the 1968-1969 era Washtenaw had 6 pairs of brothers serving aboard at the same time out of a crew of about 130! At this year's reunion two pairs were in attendance, Harold and Ernie Durr, and Bob and Roger Peiffer!

We held our annual USS Washtenaw County Veterans Association business meeting Saturday afternoon, and elected officers for the next two year term. We voted to start another online forum for association and reunion business; see the home page for a link. It was also made official that Harold and Ernie Durr will be taking on our 2008 reunion to be held in Santa Fe, New Mexico. Can you believe Ernie is still serving our country? Way to go Command Master Chief Durr!

Thanks Jay, Jim, Al, Jason, and everyone else who helped make this another great reunion! See you in Santa Fe in '08. 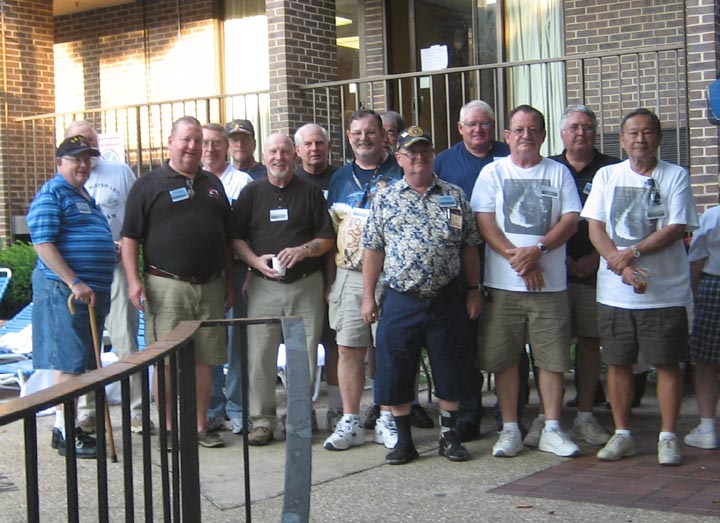 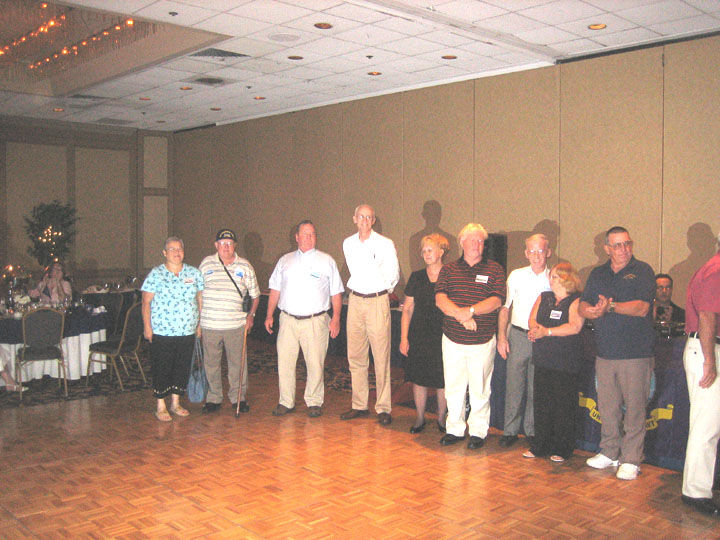