14Apr08
Note! Due to extensive vandalism, the restoration project is on hold.

26Sep10
At our 2010 Sacramento reunion, association president David Vicknair reported that Washtenaw is now owned by the Coast Guard. She has been cleaned of all hazardous materials, but the foam is still in place in compartments below the waterline. It was earlier said that she would be taken out to sea and sunk, but that seems not possible because the foam will keep her afloat!

On May 12, 2009 at a USCG Public Session in Port Angeles, Washington Lt. Shaun Edwards, USCG Sector Portland gave a short report on Washtenaw - "Mr. Edwards also gave the current status of the LST-1166 project, which was a hopeful future museum site that was found to have a lot of Hazmat dumping, PCBs, Asbestos, and Lead Paint. The vehicle was just assigned a letter of obstruction and the USCG is currently working with the EPA to determine the legal amount of PCBs prior to sinking the vessel in the ocean." The meeting report can be read here as long as the Google cache file stays up on the net. At the end of Lt. Edwards report is a link to a Power Point presentation which shows that as of December 2008 removal of all pollutants and HAZMAT was completed except for PCB/Lead paint. It also shows that OSLTF (whatever that stands for?) $4.1M was expended out of a $4.5M ceiling, and for CERCLA (ditto) $113K was expended out of a $250K ceiling. There are also photos of the ship, drug paraphernalia left by the vandals, oily bilge water, and 55 gallon drums aboard Washtenaw.

The following has been left up for informational/historical purposes:

In 2003 USS Washtenaw County was purchased from the Art Raz Estate by the Amphibious Forces Memorial Museum, LLC. The name was later changed to LST 1166, LLC in order to free up the AFMM name for use by a nonprofit organization. The Amphibious Forces Memorial Museum received its 501(c)(3) nonprofit corporation status from the Federal Government on March 8th of 2005, and had previously received nonprofit status in the state of Oregon. The plan is to convey ownership of Washtenaw from the LLC to the AFMM nonprofit corporation as soon as enough funds can be raised.

Regarding the raising of funds, Mr. Walt James, AFMM Founding Member and LLC Managing Partner, states in a June 2006 letter:
"The LLC partners and others will be needed to provide continued support to ensure the financial success of the transfer and to continue to meet the terms of the purchase from the estate of Art Raz. To that end the founding partners, and at present two additional supporters, have pledged 100 dollars monthly to provide for the obligations of the AFMM. These pledges represent the establishment of the AFMM 1166 Plankowners Association. Five additional pledges are needed to meet the monthly purchase payment. Additional pledges are needed to fund a reserve to pay for the insurance, mooring and tug fees, and restoration expenses. Pledges are also designated at a 50 dollar monthly level."
"Your commitment to this effort will provide a return derived from the satisfaction of walking aboard the ship and sharing in the common ownership, AFMM life membership status and a brass plaque in the ward room. As the future may provide, personal access and use of the ship's facilities will be available."
"The founding partners have committed substantial resources, financial and personal, to this goal. Please consider joining us." Contact info can be found below

As of January 2003, Washtenaw is home ported at Rainier, Oregon on the Columbia River after spending 20 years on the Willamette River in Portland and much of 2002 at Scappoose Bay near St. Helens, Oregon.

She is being turned into a floating memorial/museum, reunion destination, and educational tourist attraction. The ultimate goal is, as Walt James says, "to provide for the perpetuation of the history of the Citizen Navy from WWII to the present and to secure the restoration and preservation of the LCI 713 and LST 1166." Ownership of the LCI has already been conveyed to the nonprofit AFMM.

Washtenaw's restoration project began in 1983 when Mr. Art Raz, possibly along with his partner in a Portland tug boat company, purchased her from a ship buyer/broker. Previous to this an insurance company had gained ownership after Washtenaw partially sank due to leaky pipes which were cracked by a deep winter freeze. Art called on friends to help raise Washtenaw and begin restoration. The engines were rebuilt and the ship was brought to the point of being able to get underway on her own, and she made three trips up the Willamette and Columbia Rivers in the early 90's.

Art Raz died in August of 1993 and restoration came to a halt. Mr. Bill Brown struck a deal to buy Washtenaw from Art's estate in 2001, which saved the ship from the scrap yard. Bill Brown continued restoration with help from members of a group of military history reenactors, including Larry and Erik Martin. Bill was unable to meet the financial obligations and ownership reverted back to the Raz Estate.

As of July 2002, Walt James arranged for the purchase of Washtenaw through the LST 1166 LLC. For information about the ship, the LLC or AFMM nonprofit corporation, to make a personal or corporate donation, help with fund raising or publicity, set up a reunion, tour the ship, or join the AFMM 1166 Plankowners Association, please contact Al Berg via email, or Walt James via phone or snail mail (see Walt's update further down the page).

Mailing address for restoration fund donations, or to donate items for the ship's museum (please make check's out to AFMM):

Update - 12July04
Walt James, AFMM's principal, would like to receive input from veterans as well as from anyone who can offer physical, legal, monetary or promotional help with the AFMM project. Walt has been involved in saving Washtenaw from the scrap yards, and in restoration efforts since the Art Raz era. At present, his resources are going to the purchase of Washtenaw from the Raz Estate and maintenance of LCI 713, with little left over for other needs. Walt has no computer or email but can be reached by phone or snail mail, or contact Al Berg by email:

Update - 10July04
AFMM now has a web site maintained by Erik Martin! The idea is to provide a virtual museum on line with restoration information. Click AFMM to visit. 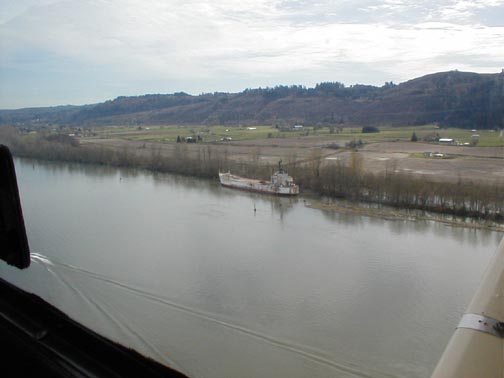 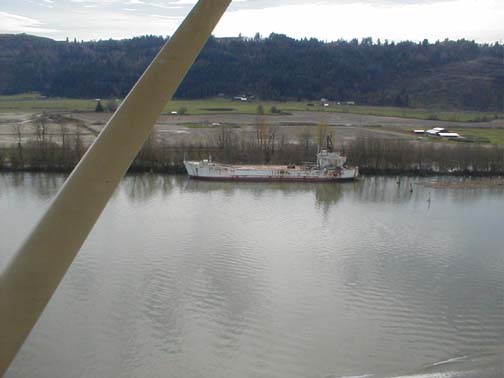 Thanks to Lloyd King and Ron Spurgeon for these photo's taken near Rainier, Oregon. 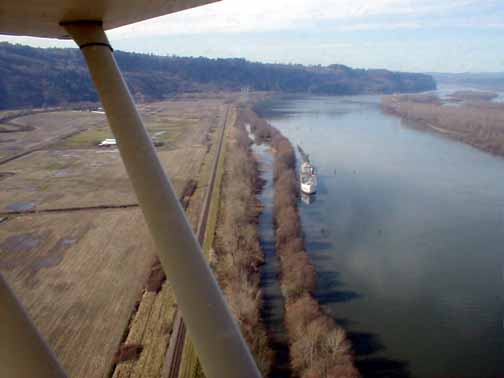 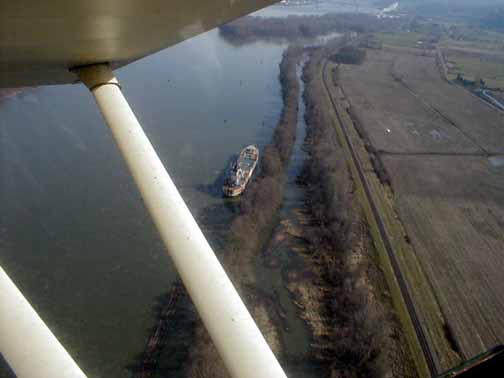